If you have electrical installations in your home or property, there will always be some risk of electrical faults. Electrical faults can be dangerous, and pose a threat to the safety of those who come into contact with them.

Our comprehensive experience in dealing with all manner of electrical faults over a number of years means we really do know what we’re doing. We’ll send out a professional, friendly technician to carry out any electrical repairs required, and help you safeguard against electrical faults in the future.

What is an electrical fault?

For example, a common electrical fault is a short circuit between the supply and the ground. This can create a fire risk, which is always one of the biggest concerns with electrical equipment. An oversupply of energy could cause overheating in wires and devices, which might lead to combustion. As this demonstrates, it’s important to deal with an electrical fault as soon as you find one! 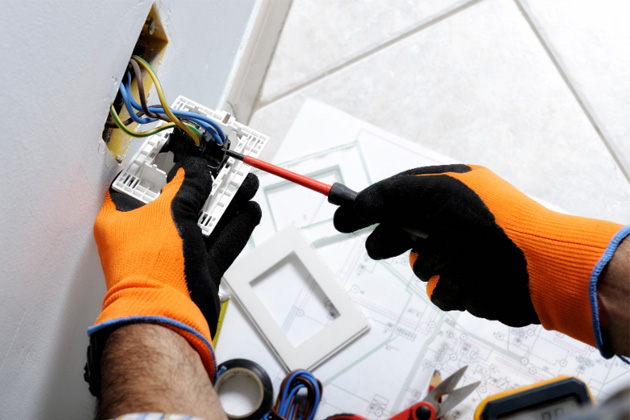 Look out for electrical faults

It’s always best to be on the lookout for potential electrical faults and related risks in your home, or any property you’re responsible for. If you find anything, please do give us a call. Our professional technicians can discuss the problem wit you, and help you identify any faults. Here are just a few things for you to look out for:

All of these seemingly simple faults are perfectly common, but can pose a very real danger. If you notice any of the above, we recommend you get in touch and explain the issue. Once we know what has caused the problem, we’ll run you through what has happened and how we’ll approach the electrical repair. Once you’re happy, we’ll get started, and make sure we leave your property a safe environment.